First oil of the New Year, and a formulation I’ve been working on for awhile now. Introducing Southern Viperbite. With a base of authentic rattlesnake oil, elements of the canebrake rattlesnake and the water moccasin (southern cottonmouth), this oil will put a vicious bite on your enemies and introduce some venom into their lives. This oil will also serve as a strong protective force, warning unsavory spirits and folk away from your space. Elements of skin, flesh, fang, bone, blood, venom gland, skull, brain and eye of the viper, as well as other malefic and protective elements of mineral and herbal nature can be found within this oil. 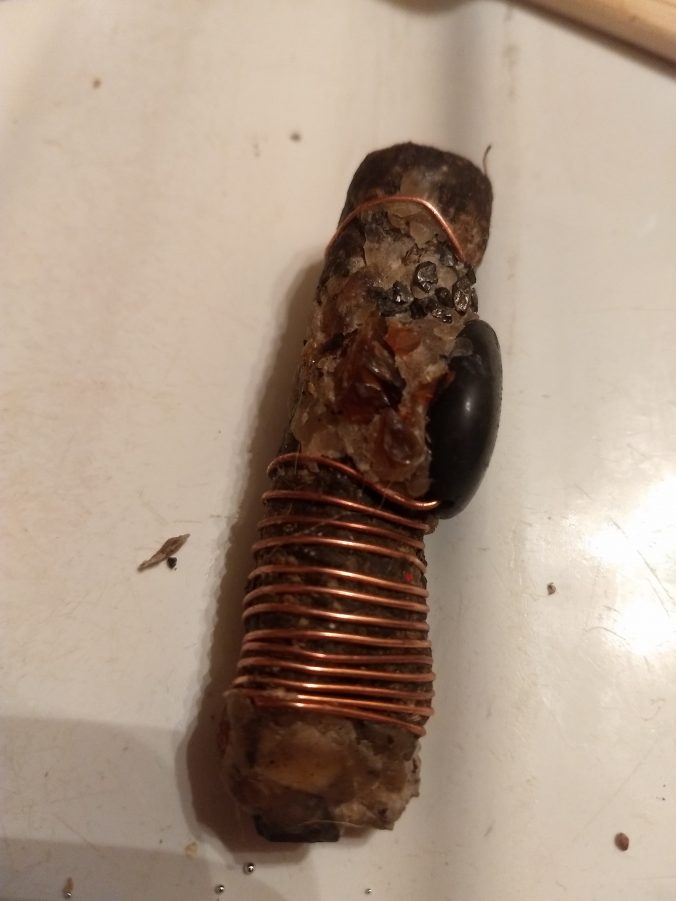 First in a series of necromantic amulets. Human finger bone wrapped in burlap soaked in a mix of beeswax, human cremains, crossroads dirt and dirt from 13 graveyards. Wrapped again in copper, magnetite octahedron on the bottom, sky iron and amber dust worked into the beeswax around an obsidian bead that can be used for scrying. Will also send a pouch with various wards drawn inside and out to keep the amulet contained. 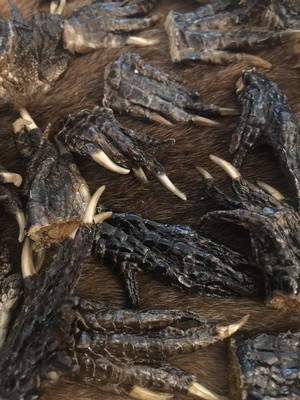 Gator paws have traditionally been used in money-related works, as these look like hands which grasp. Sometimes they are fixed with a mercury dime and used in prosperity and gambling workings to increase chances at winning, and can be utilized with other luck and prosperity-gathering curios in mojo hands.  As with other gator parts, they are also effective for workings of protection. 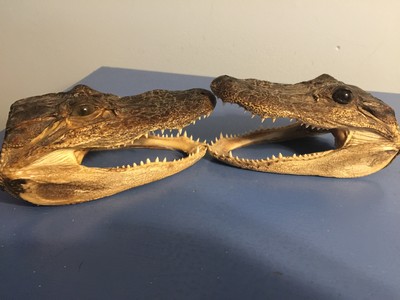 The Alligator is an important animal in Southern Conjure, and can represent anything from protection to wealth, luck and fertility. The alligator is indeed a very fertile figure, having bounced back from the brink of extinction and heavily populate all major (and many minor!) waterways in southern states, where they are harvested for their meat (gator is indeed tasty) and leather. The alligator is featured in some traditional stories and folk figures such as “Papa Gator” and “Uncle Monday”, and may have stepped into the role once filled by its cousin, the Crocodile, on the African Continent. It is a sacred animal to major spirits of wealth and fertility within the ATRs such as Chola Wengue and the Orisha Oshun.

The heads in particular can be used in some strong Conjure workings, and it is believed that the spirit of the animal resides within the head (in fact, this holds true for many animals in many traditions, such as Palo, which place special emphasis on the skull as the seat of consciousness and power). A gator head with its mouth open can be utilized effectively in protective workings for one’s household. 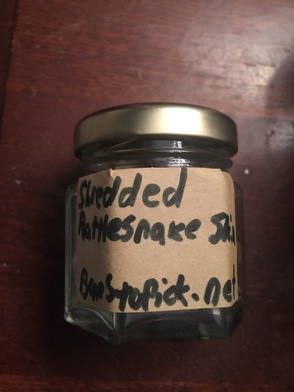 Jar of shredded rattlesnake skin, for use as materia in workings. 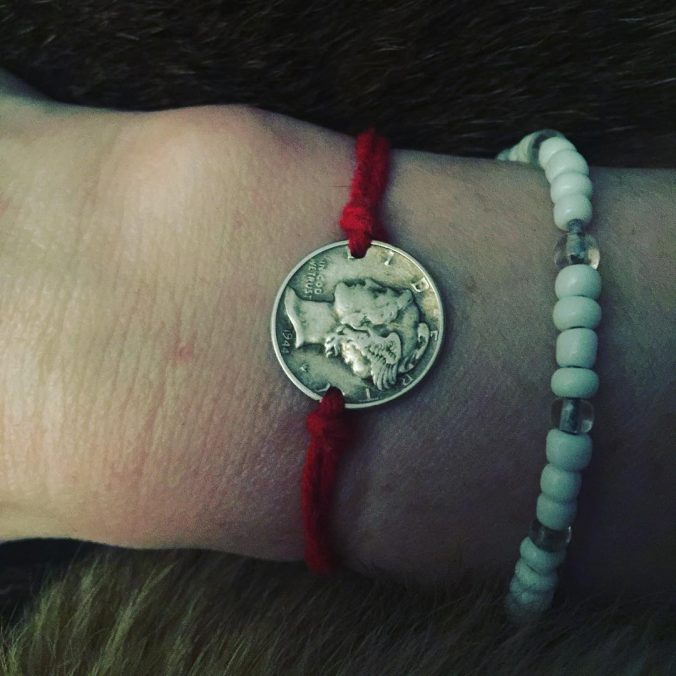 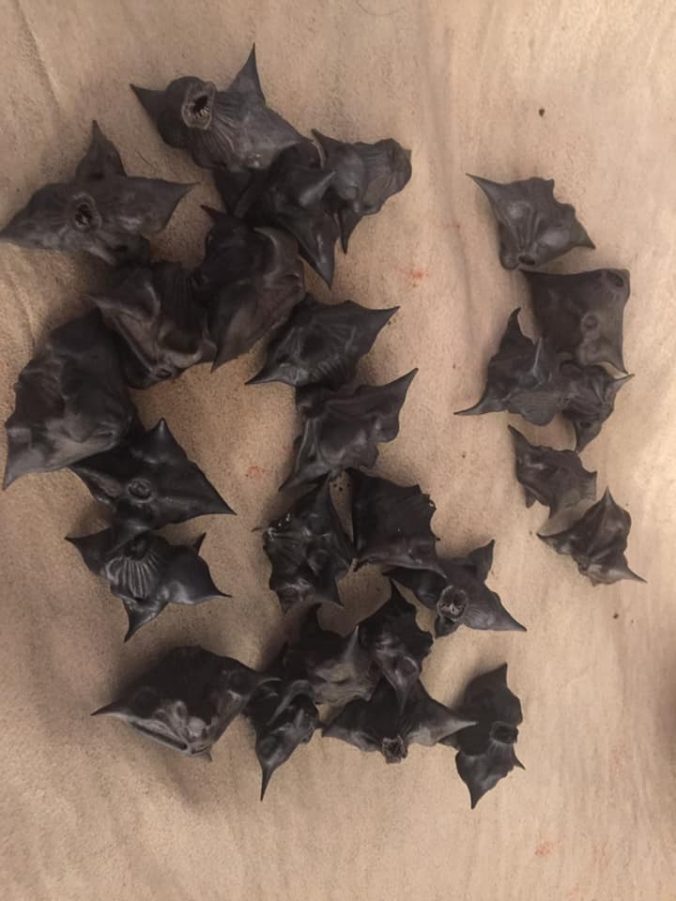 Used for breaking jinxes and warding off evil. 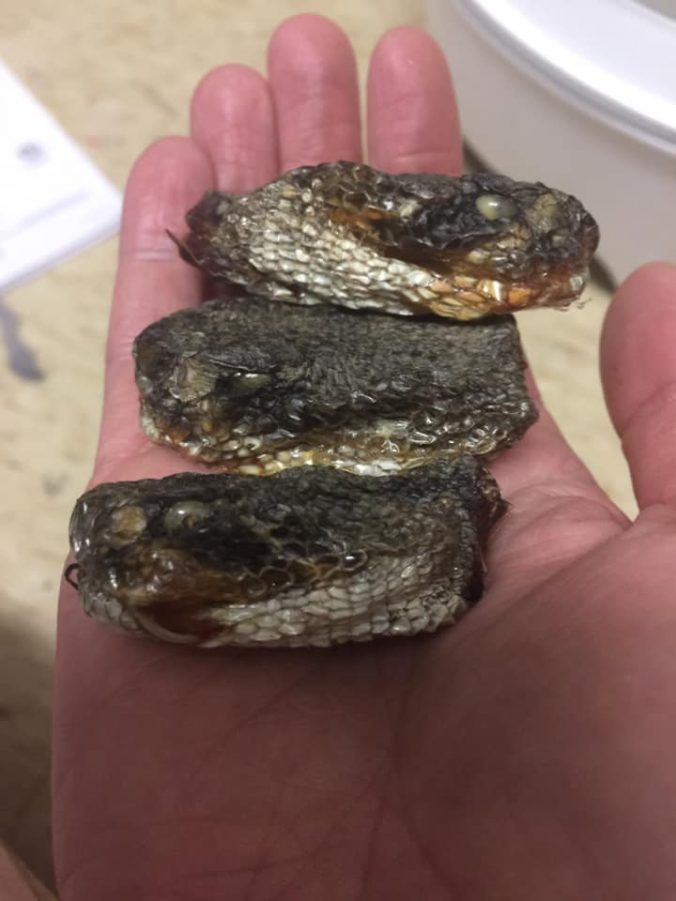 Serpent materia has been an important ingredient in many bilongos and spiritual workings. The viper in particular is used for more malefic works, everything from the fangs to bones to skin sheds being utilized. What you have here is an entire mummified head from a canebrake rattlesnake (also known as the timber rattlesnake or banded rattlesnake), a venomous pit viper endemic to the Eastern United States. These are not the heads you see mummified for the tourist market (ie rattlesnake bolos and pendants and so on), but naturally mummified heads minus the chemical preservatives and such used to preserve them. You will receive one head similar to the photos shown, store’s choice. Please note that a dead snake can still be venomous, as the poison glands are still very much intact. Please keep far away from children and pets. Must be 18+ to order, USA sales only. Please message with any questions you may have. 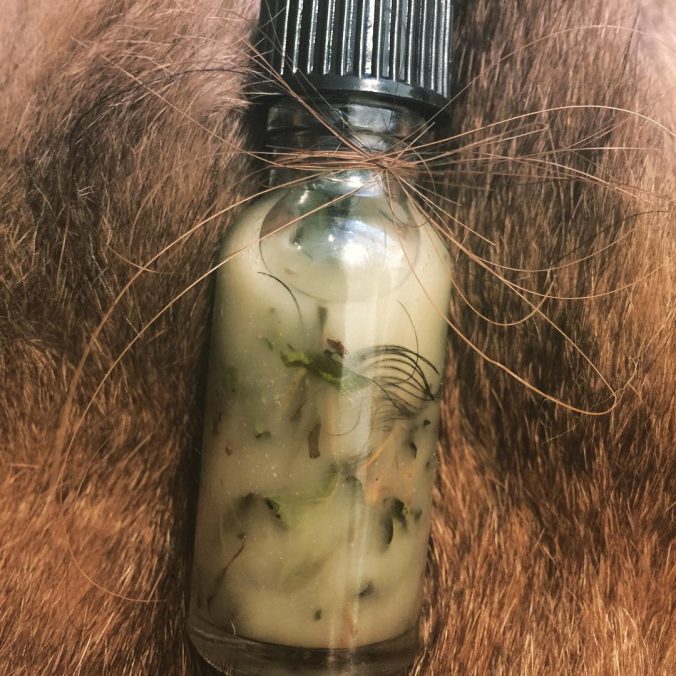 Road Opening Oil, my own special house recipe. Abre Camino herb and featuring animal, plant and mineral curios of blessing, uncrossing, blockage breaking, success and safe travel—among those being horse fat, wolf and domestic dog fats (guardianship, loyalty and stamina to cross inhospitable terrain), and the neck tied with thoroughbred racehorse mane collected on the track (and also included in the bottle). A tiny piece of meteorite is also included within (smashing through all barriers; and for a ‘meteoric rise’ to sit among the stars). 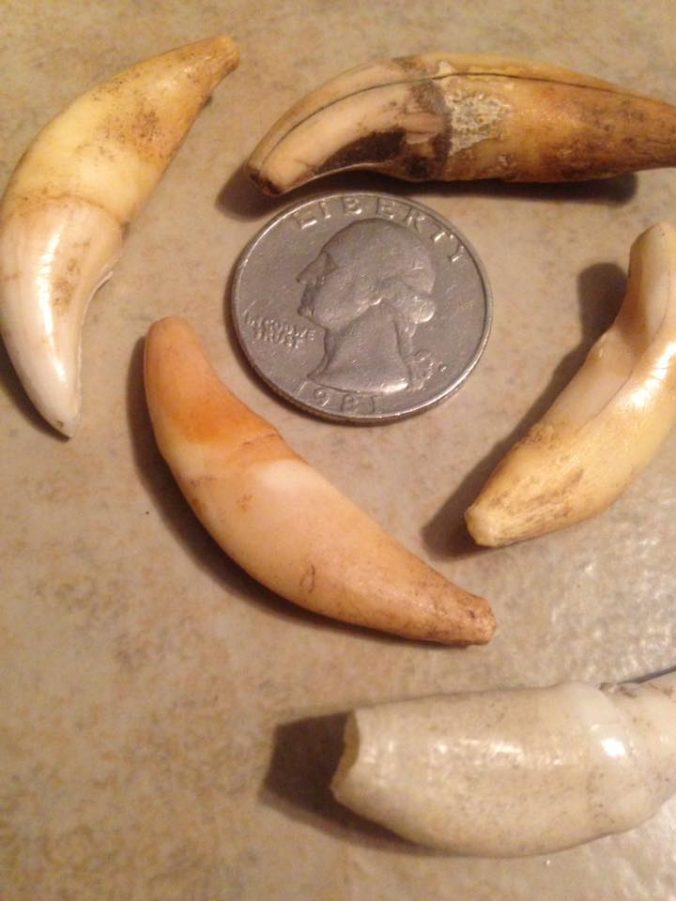 Archaic North American grey wolf canine tooth relics, found with arrowheads and pottery shards in Midwestern states. From old artifacts collection. Shipping to legal US addresses only. All present natural cracks, patina and wear, being artifacts of considerable age.  Selection of tooth is store’s choice only.

Theme by Anders Noren — Up ↑